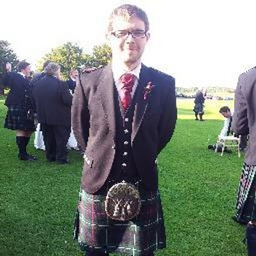 Magnolia Lane, Amen Corner, Rae’s Creek, Butler Cabin, even just hearing some of these terms can get most sports fans excited, never mind the golf obsessed punters that might be reading this. For many, The Masters is the sporting show of the year and Augusta National the finest theatre in the world. Be it the history they share, the perfectly manicured golf course, the guaranteed brilliant tournament year after year, the wonderful array of colours sprayed throughout or simply the traditions upheld, there is something truly magical about this place. Throughout 2022 so far, Georgia has firmly been on my mind.

Augusta National stands at an ever-increasing 7,510 yards with many measures taken to try to “Tiger-proof” the course in the early 2000s. Subsequently the general opinion is that short hitters cannot win and that any potential winner needs to average around 300 yards off the tee. The layout was opened in 1933 and was designed by local amateur golfer Bobby Jones and esteemed Scottish golf course designer, Alister Mackenzie. The first Masters was held the year after and it has remained there ever since.

As most readers will be aware it is heavily tree-lined right through the course but with that the fairways are still relatively wide and while the rough is penal in areas, there are many situations where you can fly the rough and find a decent lie in the mulch under the trees. Over the years we have seen several famous recovery shots from such lies and consequently driving accuracy has never been overly important at Augusta, highlighted by the success that Woods and Mickelson have had there. Both of which were partial to missing a fairway or nine during a round even in their pomp.

A lot will be said of the importance in moving the ball from right to left off the tee this week and while it’s not essential it is certainly advantageous. There are many dog leg holes to the left and those that can shape the ball around the corner can gain a lot of yardage on those who can’t. So while the majority of the field are right handers and will need to draw the ball to achieve this, the left handers will have to fade the ball. This is thought to be one reason that left handers have had so much success recently at The Masters. It is easier to consistently control distance on hard fairways with a fade than it is a draw as the ball has less run-out on landing. Both Mickelson and Watson have used this to their advantage but being power hitters too there are some holes in which they not only shape it right to left but also cut the corner by driving it high over the trees. The yardage difference between approach shots from Bubba Watson and a short hitter incapable of drawing the ball is quite startling. Bubba could be going in with a 9 iron while his playing partner has a 4 iron and you can begin to see why power can be so crucial.

The biggest test however at Augusta is surely the fast, undulating bent grass greens and there are many players that would surely have green jackets by now if it weren’t for succumbing to the perfectly maintained green carpets (In 2012 Westwood had 128 putts for the week compared to Mickelson’s 107 and both tied 3rd). As mentioned above, length off the tee is crucial here to allow the players to attack the greens with as much loft as possible. All the game’s best will expect to regularly put their wedge to within 15ft but it’s the setting up of a wedge rather than a 7 iron that can be crucial in holding these greens and getting close to the flags.

If they miss the greens then they are in trouble as there are no easy up and downs on the course. More often than not they will find their ball lying in either lush green rough or a very tight lie and unless they are blessed with the touch of Phil Mickelson, getting any real control is hard enough before any consideration is given to the chances of being short sided and above or below the green. If there has been a winner at Augusta that couldn’t chip then I definitely don’t remember them.

It doesn’t get any easier when on the greens as they tend to run at around 13.0 on the stimp meter so they are around the fastest they face all year. With so many undulations, lag putting is extremely crucial at Augusta and is one of the most important attributes. Two key stats that highlight good lag putters are 3-putt avoidance from 25 yards+ and approach putt performance. Holing out is also tough so putting from inside 6ft can be a handy indicator.

This year's event looks even tougher to call than normal as I don't recall ever seeing 12 golfers all trading under +2000. Therefore my plan is to back the two at the head of the market who have proven time and again how well suited they are to Augusta.

Jon Rahm may not have won a green jacket yet and in truth he hasn't really contended for one but he has posted 4 straight top 10s and the former world number 1 and reigning US Open champion just excels there. His blend of powerful driving and towering, faded approaches are exactly what is needed and his Spanish hands have the imagination required around the greens.

From a stats point of view his long game is purring as he leads the Tour in Greens in Regulation and Total Driving while for those who favour the new strokes gained stats he is 4th tee to green. It’s only really his putting that has held him back a little in 2022. Ultimately he wins one of these soon and to be honest I'll probably be backing him until he does. That was my attitude with him and the general majors and it paid off last year. The approach involved allowing the place returns to pay for the win bet so I'll probably be doing something similar here like 4pts win and 3pts for the top 10 however for those betting each way then 3pts each way looks a solid play.

My second pick is Jordan Spieth whose amazing Augusta form figures read 2-1-2-11-3-21-46-3 and we can almost forgive the 46th as that was in November when the course was very different. I always want to back Jordan here regardless but noticing that he ranked 1st tee to green for his final round in Texas on Sunday prompted me into action on the Exchange taking +2400 (and never for a moment thinking he would be pushed out to +2800 on Monday!).

There are question marks about his putting but we have heard so many players talk about how unique the Augusta greens are and for a feel player like Spieth I'd be far more confident of him finding his putting touch here than his long game. Therefore I'm not too worried and will gladly get stuck in again to the +2200. I don’t think there needs to be much more reasoning than that, you are either one of those people who will happily back Spieth almost blind at Augusta or those who won’t and I’m firmly in the former camp.

My third pick is someone who I used to struggle to back as I had a strong dislike for him but as Paul Casey has relaxed in his older age so too has my betting views relating to him. Such is the strength of his approach play even at 44 I can see him becoming another one of these overdue major winners finally picking one up in their advancing years. Casey is having another great year on Tour with his best performance coming at the Players Championship last month when he did very little wrong in defeat. It's that lack of mistakes that makes me think he is ready to win a major.

In years gone by you could almost guarantee he would 3 putt from 20ft at a crucial time or even find water on the back 9 but these days his care free attitude seems to have reduced that likelihood significantly. His recent Augusta form isn't fantastic but he owns 5 top 10s and he has only missed 3 cuts in his last 20 Majors which shows how comfortable he has become on long Championship courses. Stats wise he sits 6th in strokes gained: approaches while he was in the top 16 both around the green and putting on his last stroke play start at Sawgrass. Deep down I'm not sure if I think he can really win this but there is no question in my mind that the +7000 he's priced at currently is far too big and I’d have him as low as +4000.

For the final two outright picks I like to take a stab at a big priced outsider or two who might pitch up and be that year's surprise package. This year I've gone with two debutants in the shape of Lucas Herbert and Sepp Straka. Herbert has the power and touch required while Straka's ball striking should see him minimise mistakes. As recent winners on Tour I'm not sure they are quite being given the respect they deserve at +2000 a piece. Winning is obviously very unlikely but there is no reason they can’t take to the course and from a couple of low-key groups they can hopefully make the weekend and give us a run at a place at least.

I'll finish with one side market bet for anyone who can get on the first round leader market. Jason Kokrak has been known to get off to a fast start over the years and while that hasn't been as obvious lately he still ranks 41st in 1st round scoring over the last year. Both his opening Augusta knocks to date have been solid 1 under 71s and from an early tee time I expect him to put his high ball flight and improved putting to good use.

Austin is looking at one of the best against-the-spread teams again for Wednesday's NBA action - I wonder who? ......