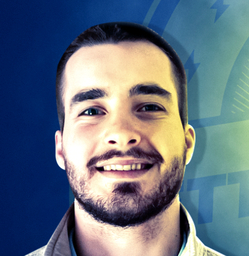 This Aaron Rodgers led Packers team is obviously the favorite after winning the NFC North the past 3 seasons and 7 of the last 10 seasons. They re-signed Rodgers, but at what cost? They had to trade Davante Adams to the Raiders and work with limited cap space in the offseason. They definitely got worse this offseason and it shows on the offensive side by losing Adams and Valdez-Scantling. They do have a decent WR core with Cobb, Watkins, and Lazard, but they don’t have a real go-to guy anymore now that Adams is gone.

Is this Packers team going to over achieve in the regular season just to lose in the playoffs again? The Packers are certainly going to be favored in most games this season with Aaron Rodgers in charge, but will it be enough to win the division?

Listen, I know this team is as boring as it gets with Kirk Cousins at the head of the table in the quarterback position. This team has a fresh new coach and GM that I think will bring in success to this football team. The only question is if it will work in the first year. Kevin O’Connell was the Rams offensive coordinator so he will be a huge factor in building a winning locker room after seeing the culture of the Rams the last 2 seasons and learning from Sean McVay.

This Vikings team lost 5 games last year within 5 points and still finished 8-9. This coaching change and offseason moves can put them over the hump to a 10+ win team, but they will need to have chemistry and win some tough games.

The Vikings got some defensive help from signing Za’Darius Smith who left the Packers and getting Jordan Hicks as well. The Smith signing is even more crucial because not only did the Vikings get him, but the division rivals lost him. This football team has a win total of 9.5 which is 1 less than the Packers, but has a good price of +240 to win the division. A healthy Dalvin Cook can put them over the hump to a playoff team, but can they outlast the Packers? Only time will tell.

This Lions team is a fan favorite due to Jamaal Williams and HC Dan Campbell having tons of media content from being on Hard Knocks. This team still needs a TON of help. I love their running back tandem of Swift and Williams, but Jared Goff is not the guy and their defense is suspect.

I will get a lot of hate for this, but this team is a 7 to 8 win team at best. I do think this team will be fun to watch and may steal a couple of games, but they are years away from being a real contender and causing havoc in the NFC North.

The Chicago Bears are probably the most interesting team in this division for me. Justin Fields is a hit or miss, I think he might be a bit overrated at this point. Although, he can easily prove me wrong. This whole season for them is basically one big tryout. They drafted four offensive lineman and some defensive help. They also traded away Khalil Mack which was the main indicator of a rebuild. They are doing it all the right way. They traded players for picks, drafted well, and got their salary cap under control. This team can be in a good position in a few years if these players pan out.

I do think more times than not that the Packers win this division. However, I do think there is a decent shot that the Vikings steal this whole thing. I love the moves that they made and this new coaching regime could ignite a few sparks. I think they got better and the Packers got worse and that means it will be close in the last few weeks. I think betting the Vikings to win the division and over 9.5 wins is a great way to bet this division because they can do both, or they can have over 9.5 wins and the Packers do too but you will be positive if 1 of them happen. Take the boring pick of the Vikings!

Check out the latest episode of For Bettor Or Worse, the gambling show hosted by Matty Chucks & Nick The Picker for tips and tricks on how to gain even more of an edge on the books!

The 49ers own the Rams. They've won their last 6 straight vs the defending Super Bowl champs including a convincing win last game at home by 21. The 49ers' scheme and gameplan look......