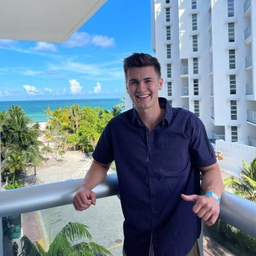 Austin has cashed THREE article plays in a row and he's shooting for four in tonight's Thursday Night Football matchup between the Bills and Pats.

Looking into this game I believe the Bills win this football game. Originally I was leaning Bills -3.5 however I don’t want to have to hunt the spread. After diving deeper I am laying a unit down on the over 43.5 points tonight,

This number is just to low and it doesn’t even necessarily take a high scoring matchup to hit this number. One simple 24-20 game would cover this line. The Bills are the second highest scoring team in the entire league, I expect them to put up points. One thing to also note is that the Patriots have scored over 22 points in 7 of their last 9 matchups.

Furthermore, both teams have multiple injuries such as running back Damian Harris for the Pats which could force them to have to throw even more. The Bills are banged up in the secondary, along with missing star pass rusher Von Miller. This will be beneficial for NE as it should allow them plenty of opportunities to move the ball downfield.

I feel safer with this approach just so you lose the possibility of missing the spread by a field goal.

Give me the POINTS!