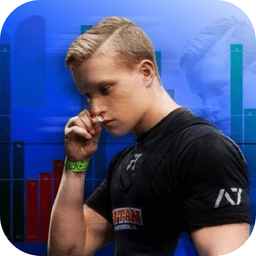 Brian vs The Books | @brianvsthebooks

BrianVsTheBooks got ahead of the line and gave us this NFL Prop Pick for Sunday's Slate!

This is a line that just feels right if it stays under 70, which it has been.

In eight games Waddle is over this line six times. In five of those six overs, he had 88+ yards, along with 100+ yards in the four other overs. The biggest key for Waddle, like many wideouts, lies in the hand of his quarterback. The injuries suffered by Tua Tagovailoa are ones that are known around the NFL. His concussion scares earlier in the year are no secret.

However, in Tua’s five full starts, Waddle has gone over 67.5 yards in every one of them. In those five games with Tua at the helm, Waddle is averaging 107.2 yards per game. If math is not your thing, just know that is slightly more than 68 yards which we need for this prop. To go even further, in the Bengals game where Waddle saw just five targets, four of them came in the first few drives before Tua left the game with his injury.

The Bears can prove to be a tougher matchup solely because they have a knack for bleeding the clock and running early and often. They are also one of the nine teams allowing under 200 passing yards per game. Although, this number is helped by a week one game in the pouring rain, a game against the Giants where they ran 44 times as both QBs left the game with an injury, and a game against the Commanders. The Bears are middle of the pack in terms of pass DVOA and this is a beatable number for Waddle.