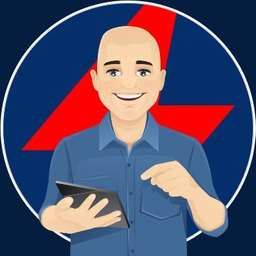 As week one of the NFL season looms closer I've picked out three bets on the week 1 slate to get you into the first Sunday. We've got a bet in the early and late slates, with a Sunday Night Football bet to top everything off.

I'll start by saying I understand why this total is set where it is; The Falcons were not a good offense last year, scoring 18.4 points per game. The Saints were pretty average, scoring 21.4 points per game. Defensively New Orleans were good, giving up just 19.7 points per game, but Atlanta gave up a whopping 27 per game, finishing 29th in scoring defense. In head to head games between these teams, both matchups finished with 50 or more points, despite Trevor Siemian getting most of the work under center for the Saints in place of their injured starter Jameis Winston.

Where I think this overs bet jumps off the page is the offseason additions of both teams. Saints added a first round WR in Chris Olave, and then bolstered their O-Line with the addition of Trevor Penning. They also added Jarvis Landry, another offensive contributor in free agency. The Falcons drafted Drake London with their only day 1 pick, adding receiver Bryan Edwards from the Raiders as well. Casey Hayward will make them better in coverage, but they lost players in the front seven as well.

I think people are forgetting two main points when assessing these teams;

Given the sack totals that Pittsburgh put up and their general association with strong defensive football it might surprise people to hear that the Bengals were better at preventing points last season; they gave up 21.8 points per game to Pittsburgh's 24.4.

Pittsburgh was the worst scoring offense to make the postseason, coming in at 20.2 points per game, compared to Cincy's 26.3, good enough for a top 10 finish in the league.

Using these numbers I'm surprised the points total isn't a tick or so higher here, and the bonus is the potential for upside from Pittsburgh's offense. Ben Roethlisberger will no doubt be a first ballot hall of famer, but he declined badly in his latter seasons, struggling to push the ball down the field to playmakers in the Pittsburgh offense, and stifling the development of Chase Claypool in particular. Whoever gets the nod between Kenny Pickett and Mitch Trubisky to start for the Steelers, they should at least give the team parity with what they were already getting, which I think will be enough to surpass this total. If they prove to be an upgrade, I think this line looks 3 or 4 points too low.

These two teams meet in week 1 for the second season running, with the Bucs emerging the winners by a 2 point margin last season after a field goal very late in the 4th quarter. I anticipate another great matchup between these two, despite both of them arguably getting worse during the offseason. The Cowboys lost Amari Cooper and Randy Gregory to free agency and Tyron Smith to injury. Tyler Smith, the first round pick who was slated to play at Left Guard will have to kick out to Left Tackle immediately, which may be asking a bit too much given the strength of the Bucs pass rush.

For the Buccaneers, the wideout trio of Mike Evans, Antonio Brown and Chris Godwin has become Mike Evans, Russell Gage and a slowed Julio Jones, who struggled last year with the Titans. Godwin is expected back soon, but might not quite make it back for this one. The Bucs also suffered some losses on their offensive line, with Ali Marpet retiring and Ryan Jensen going down in training camp, not to mention the retirement of Rob Gronkowski, the much loved veteran Tight End.

The tie breaker for me here is the resolve that Tom Brady has shown in the past to changes in his receiving corps and line compared to that of Dak Prescott. Brady has won in New England with bottom 5 receiving units, whereas Dak has shown fragility in the past when his favourite targets aren't available to him. This one should be high scoring, but I fancy the Bucs defense to make a few stops, force a few turnovers and help get them over the line in week 1.

In case you missed it, @FastMoneyLabs already has PLENTY of action on the weekend slate which you can find HERE. To round out his portfolio of picks, $FML designed these Same-Game ......