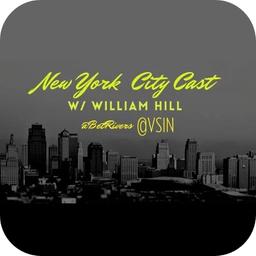 Thursday Night Football has not been a thing of beauty recently, with the Colts and Broncos both failing to reach the end zone two weeks ago in a game that was 12-9  and memorable for all of the wrong reasons. Last week we were treated to the Commanders defeating the Bears in a 12-7 masterpiece. At least the games were close (?).

Fans can only hope for a more exciting brand of football tonight as the Saints (2-4 SU and ATS) visit the Cardinals (2-4 SU, 3-3 ATS) in a battle of two disappointing teams. With the loser of this game going to 2-5, somebody’s season will be in great peril after tonight.

It appears New Orleans is getting a little healthier, but not much, after they took the field last week without the services of their top three wide receivers- Chris Olave, Michael Thomas, and Jarvis Landry. Opening day quarterback Jameis Winston has missed three consecutive games, and is likely to be out for this one as well. Olave looks to be back Thursday night, while Landry and Thomas remain out, as is top cornerback Marshon Lattimore.

The team across the field, the Cardinals, mustered just 3 points on offense last week against a dreadful Seahawks defense in a rather embarrassing performance as they lost to the Seahawks. Like the Saints, the Cardinals are getting back a key player at the wide receiver position, as DeAndre Hopkins is set to make his season debut. Hopkins scored eight touchdowns in 10 games last season, while catching 115 passes in 2020, a presence that the Cards are hoping will jumpstart their lethargic offense. Will Hopkins be on a play count after not having played in so long? That will remain to be seen, as his presence is sorely needed if the Cards hold out any hope of turning their season around.

I can’t see any reason to lay points with this Arizona team who has been outscored a combined 89-29 in the first half so far this season, and 41-3 in the first quarter.

I’m also not fond of backing a beat- up road team on Thursday Night Football with little time to prepare, catching less than a field goal. So how do we bet it? Well, with the line sitting at 2, this is a perfect teaser opportunity to take the Saints and get them through the key numbers of 3 and 7, in what should be another close, ugly, and low- scoring TNF contest. We can tease them with the Cowboys on Sunday (who are favored by 7 over the Lions ) and get take them down to -1, and stay from trying to guess a winner in what should be a coin flip game tonight. Let’s hope for a more exciting game ( but who are we kidding?)