What The Current NFL Draft Odds Tell Us 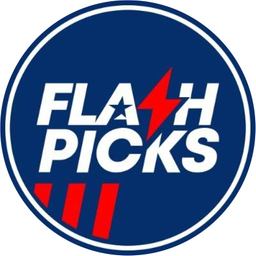 At last year's draft, a strong Quarterback class meant that once the 49ers traded up for pick 3 it was apparent that the first three picks were somewhat of a lock to be Trevor Lawrence, Zach Wilson and Trey Lance.

A year later the class looks to be a bit more of an open question, with no standout QB and a tightly grouped set of linemen on both sides of the ball. Looking at the current general odds, we can make the following assumptions which might help us when trying to map out how things will go down in the first round on Thursday.

The Jags aren't sold on Aidan Hutchinson at 1

Having taken QB Trevor Lawrence last year it was assumed early on in the process that the Jags would look to get some help for their young signal-caller on the offensive line.

However, the franchise tag being given to Left Tackle Cam Robinson led to a big shift in the odds for Michigan Defensive End Aidan Hutchinson, who became the clear favorite in early March when this news broke.

Hutchinson remained at odds of around -250 during the month to follow, which suggested the Jags are at least kicking the tyres on a few other options. Combine darling Travon Walker is now favourite to go first at the time of writing, trading at odds of around -200.

Of the players that the Jags have brought in for visits, the likely contenders to Walker at one overall look to be the aforementioned Aidan Hutchinson, NC State OT Ikem Ekwonu and Alabama OT Evan Neal, who was the original favorite in this market.

Walker has come from nowhere since an outstanding combine workout and there is a real belief amongst NFL insiders that teams are viewing him as a viable top 5 pick, given his sheer size and athleticism at the position.

In terms of production on the field Walker didn't hit the heights of Hutchinson, or Kayvon Thibodeaux, another Edge defender out of Oregon who appears to be falling down many mock draft boards despite his talent and production looking to highlight him as a blue chip prospect in this class.

I'm happy to oppose Walker to be first pick, if the Jags were set on this pick I think the price would be a lot shorter, and I think Travon Walker Draft Position - Over 1.5 at +175 is the value play here.