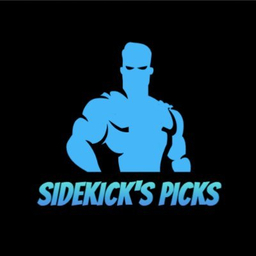 In the West Region I have a few underdogs that could do some damage in the tournament. The first dog from this region that I like to advance to the second round is Memphis. Memphis is facing off against Boise St. Memphis has been playing their best basketball and is up against a tough Boise St. team. Boise St. has never won a tournament game and is 0-7 all time. I don’t see this trend changing!

My second dog that could advance to the second round and potentially to the 3rd round is Davidson. I am not big on Michigan St. and think that Davidson could cause some problems for the Spartans. Davidson has experience guard play and is big in the paint. I think they meet Duke in round 3 and could potentially upset Duke as well. Personally, I have Duke winning, but I wouldn’t be surprised if Davidson made it a tough matchup.

In the South Region, I am taking two more dogs to advance. I think Loyola-Chicago will beat Ohio State. Loyola has a much better defense than Ohio State and puts up just as many points per game. I am not a big fan of Ohio St. this season and think that they will fall short in this one.

The second dog that I am taking is Colorado St. Based on seeding, they are not considered a dog, but in the books they are receiving points. Michigan is a team that is not deserving of being in the tournament and I do not see them advancing to the second round. According to Kenpom, Colorado St. should win by a point, so there is value in taking them +2.5 or +3 which you can find in your sportsbooks right now.

In the East Region, I have 3 underdogs that I really like and I am taking one of them to the 2nd round. IU is facing off against Wyoming in a play-in game. I have IU winning the playing game and then upsetting St. Marys. Teams that win play-in games most likely advance to the next round and this is my favorite to advance from a play-in game. When you look at the other teams that have a play-in game, they are faced against two 1 seeds and either Rutgers or Notre Dame will face off against Alabama. I wouldn’t be surprised if Alabama could be a team that loses in round 1 to a play-in team, but I like IU much better to advance.

I am also taking Virginia Tech over Texas. I have not been a big Texas fan this season and they have been a team that struggles away from home. Virginia Tech is also one of the hottest teams in the country right now, winning the ACC tournament.

My last underdog for this region is San Francisco. Murray St. is a solid team with a great record, but this San Francisco team can light it up from the floor. KenPom has them winning by 2 and a 55% chance to advance.

In my opinion, the MidWest Region is the weakest region in the tournament this year. I have 3 underdogs in this side of the bracket and one of them could be a Final Four team! First up is Creighton vs San Diego St. University. SDSU plays outstanding defense, but I think Creighton will win this matchup. 8 seeds beat 9 seed 48.5% of the time and in my bracket I have 2 8 seeds advancing. This is one of the 9 seeds that can definitely win. If you look at their schedules, SDSU has struggled against just about every strong opponent they have faced this season. They have 8 total losses against good opponents, but opponents that are not ranked in the top 25. If we look at Creighton, they have won a handful of those tough games and are playing extremely well down the stretch.

Another potential dog that could advance from this side of the bracket is Iowa St. or Miami. As of now, I have both of them losing in the 1st round, but with the recent drama with LSU and the firing of their head coach, I might be backing the cyclones! The Miami game is kind of a toss up to me. I like Miami, but the ACC was weak this year and statistics show that they are most likely to lose this head to head matchup based on seeding.

My favorite dog of the tournament is Iowa. Typically, I fade Big 10 schools in the tournament, but this is a team that could have a Final Four appearance in their future. Iowa just won the Big 10 tournament with an incredible shooting display. They have one of the best players in the country, Keegan Murray. They can face up against bigger opponents and spread you out on the floor. This is one of the most well balanced teams in the country and I expect them to do some damage in the tournament. I have them beating Richmond in round 1, Providence in round 2, Kansas in round 3 and then losing to Arizona in round 4.

MCbets is heading to Piscataway, NJ to bring you a College Basketball pick on this beautiful Thursday night!......