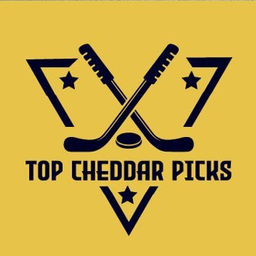 The MLS season is about halfway through their regular season and the yearly MLS All Star Game is coming up next month on August the 10th vs the Liga MX All Stars. What better time to break down the futures market for the MLS season and see if there will be a new champion this year in the MLS.

Before we can talk about the teams in the mix, I think it is important to note that the MLS does not follow the typical European soccer model for Champions. The MLS crowns a regular season champion, however by the betting markets, it is the team who wins the playoffs, NBA or NHL style. The top 7 teams in each conference make the playoffs with the #1 seed in each conference getting a bye for the first round of the playoffs. If you head to the end of the article you will see my official picks and what books you can find those odds on.

So with all that in mind, let's begin to break this down and I will give you my picks on how I would go about this market and how I would spread out my bets tactically to win some money. We will start in the Eastern Conference, where I think 3 teams have a chance to win it all.

The BIGGEST Free Bet Promos in Virginia!
CLAIM NOW
We have over $6,000 in free bets & promos available, check out what's available in your state!

After winning their first ever MLS Cup last season, NYCFC have come out just as potent this year. Although currently 3rd in the Eastern Conference, they lead the East in points percentage and have 2 games in hand on the teams above them. They have the joint best goal differential in the East and tied for 2nd best goal differential in the MLS. Led by star man Valentin Castellanos, who has 12 goals in his first 15 games this season, NYCFC look poised to make another claim for their title but I think they come up short this year.

There are two clubs in the East this year that I think are on the level of NYCFC. Those two would be their bitter rivals, the New York Red Bulls (+1500) and the Philadelphia Union (+750).

The New York Red Bulls have been waiting for their first MLS Cup, they have never won the trophy previously. Unfortunately, I do think they will come up short, but at +1400 they are good value for a sprinkle to win it all. Unfortunately, going forward the Red Bulls lack a bit of punch up front.

Their top scorer, Lewis Morgan has 9 goals this season however it is never a good sign when your joint 3rd top goal sorcerer is a center back. That centerback, however, is USMNT defender Aaron Long, who has over 25 senior caps for the US National team and is a big leader for the Red Bulls. The Red Bulls hold the joint 2nd best defense in the Eastern Conference, tied with NYCFC and only behind the pre mentioned Philadelphia Union.

The Philadelphia Union (+750) are my favorites in the Eastern Conference.

They have the best defense in the entire MLS, allowing only 13 goals against this season. The 2nd best team in the MLS has allowed 7 more goals than them. A team with a lack of stars, but a team that is incredibly well coached by manager Jim Curtin, the Union are backed by long time veteran, Andre Blake in goal. Blake, who has been the Union goalies for the last 9 years is having his best season to date and is a huge reason for their success. The Union are another team who lack goals, similar to the Red Bulls but their stellar defensive record has me backing them to win the Eastern Conference at the very least.

As we move into the Western Conference, I think there are 2 potential winners, Austin FC (+1600) and LAFC (+320). Both teams are tied for the MLS lead in goals scorer, with 38 goals and both teams gold the top and 2nd position in goal differential this season.

Austin FC (+1600) is one of the league's newest clubs, which was founded in 2018. They are currently in 2nd place in the West, behind LAFC and hold the league's 2nd top goal scorer Sebastian Driussi, who has 11 goals in his first full season in the MLS. Austin FC are one of the hottest teams right now in the MLS, undefeated in their last 5 games and boast impressive wins against Montreal and LAFC in the past 2 months. It's been a meteoric rise from the club who finished second to last in 2021, and I think they will challenge quite well, however I think they will fall short to the star studded LAFC roster.

LAFC (+320) currently hold the best record in the MLS. They are first place with the most goals scored, the most points won and the highest goal differential. They have been led by Cristian Arango, the clubs top goal scorer and MLS star Carlos Vela, who in my opinion is the best player in the MLS. Vela has scored 6 goals this season and assisted another 8 goals for a total of 14 goal contributions.

This 2 headed duo has been clinical in front of goal and led LAFC to the top of the Western Conference, the MLS and in my opinion (and the books) the favorites for the MLS Cup. Oh and did I mention that they just signed Gareth Bale and Giorgio Chiellini, both who have yet to play for the club? So not only have they already been the best team in the MLS, they have added two world superstars who have won everything there is to win in the European soccer landscape and have plenty of ability left to put this LAFC team over the top.

It’s boring but if you want 1 outright winner, you have to take LAFC (+320) to be crowned Champions of the MLS.

However, I will have found some value by line shopping to get us some (hopefully) guaranteed profit. I will be structuring my bets as below, with the hopes of securing myself some profit as opposed to going for broke.

All in you are wagering 7.5 units with the potential to win at least 9 units (and the upside of up to 16 units) or so. This can easily be scaled down to risk less, however I am fairly confident the Champions will come from this 5. This is the safer option in my opinion, but if you do want to take your chances on one overall winner, I would take LAFC to win it all. The even spread out will also give you good hedge opportunities should you choose to do so down the line.

Appreciate you guys reading and definitely expect more soccer content from me coming soon. As we head into the European season and with the World Cup upcoming in November I will be pumping out consistent content to help everyone beat the books.

Tail Cheddar
The BIGGEST Free Bet Promos in Virginia!
CLAIM NOW
We have over $6,000 in free bets & promos available, check out what's available in your state!

BurrOaks77 is writing DAILY articles during the 2022 FIFA World Cup, right here on FlashPicks.com. Check out his picks for Saturday's game below and if you're unsure on any of the ......

Soccer News
a month ago