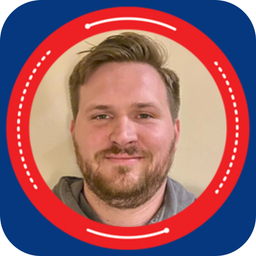 Tue 27 Dec 2022 18.38
Get Nick's latest picks straight to your inbox! 💰
SUBSCRIBE TODAY
By subscribing you agree to our T&Cs & Privacy Policy and are happy to receive marketing from FlashPicks. 21+

Nick's pick for Tuesday's CFB Guaranteed Rate Bowl is here - check it out below!

I'm going with .5u for these bowl games and I would suggest the same. Bowl games can be volatile for a lot of different reasons but still fun to watch. I would rather lower my risk as I watch them.

These teams had some down years to say the least. The Cowboys will be without starting QB Spencer Sanders, their leading tackler in Mason Cobb, and Running back Domonic Richardson all left for the transfer portal. That's some massive losses for a team that really fell apart this year. The loss of Sanders is a huge blow to their pass heavy system and will instead have to rely on freshman QB Garret Rangel who has limited experience at the college level. After a strong start to the season vs weak opponents, this team really just quit most of the back half of the season losing 4 of the last 5 games and scoring an average of 21.3 over the last 7 games.

Wisconsin finished the season 6-6 and isn't without its losses to key players. QB Graham Mertz has left for the Transfer portal(might be an upgrade) and Stud linebacker Nick Herbig declared for the NFL draft. This shouldn't affect them too much in a run heavy ground and pound offense with a strong defense that's always ready for the next man. The key is this Wisconsin Defense that only gave up 20.5ppg, forced 15 ints, and 31 sacks on the season. They will need to get after Garrett Rangel and make him uncomfortable all game. They also need to continue to do what they do best and establish the run and pound okstate into submission. It should be a low scoring affair but I trust the team that has shown it has heart, better defense, more physical, and less key pieces missing overall.