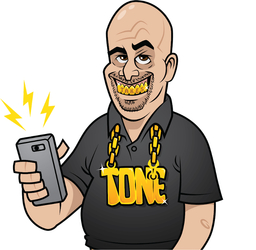 After dominating the first half of Game 5, the Avalanche lost an opportunity to close out the series on Wednesday night. St. Louis stormed back and erased a 3-1 3rd period deficit to tie the game, and then proceeded to give up a goal of the year candidate to Nathan MacKinnon at the 17:14 mark. The Blues fought back, yet again, and tied the game with a minute left and then went on to win in overtime on a Tyler Bozak goal. The Blues now have life and doubt has to be creeping in for the Avs. They Blew a 2-0 series lead last year in the 2nd round and lost 4 straight to Vegas.

While I am tempted to back the Blues at home, I am going to keep it simple and stick with the over, which has hit in the last 3 games of this series. The Jordan Binnington injury has made a huge difference for goal scoring in this series. Binner held the Avs offense in check as he allowed 5 goals in about 8 periods of play, before going out early in Game 3. Ville Husso took over and struggled over the next two games but played very well in Game 5, despite giving up 4 goals on 34 shots. Non-Game 7 elimination Game Overs are 9-2-1 in this year's playoffs, with 83 goals being scored, which is a 6.92 per game average. I think we will see desperation from both teams, especially early, as the Blues are fighting for their lives, and the Avs want nothing to do with a Game 7.

Call me crazy guys, but I’m still confident in my Bolts series pick. All the pressure is on the Avalanche at this point. Last year, they blew a 2-0 series lead to Vegas by losing 4......