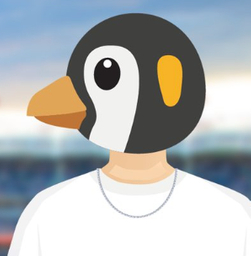 Yusaku Kinoshita is a deceiving 5-1 entering the Dana White Contender Series finale. His only loss came by way of disqualification by grabbing the fence during a brutal KO. Not including that, he’s comfortably undefeated in his other 5 fights which have all been finishes in round 1 (4 KO, 1 SUB). Besides the 5 win pro career, Yusaku also is 5-0 in his amateur career with 4 SUB.

On the other side, we have a taller (6’5) Jose Henrique. He’s also 5-0 but all by way of KO or DEC. He is a pure striker, but has little to no head movement. If he doesn’t keep distance properly he’s vulnerable to punches down the middle. He also hasn’t truly been challenged on the ground by someone like Yusaku’s caliber. On top of that, he’s also dropping from his normal 185 lbs. at middleweight to 170 lbs at welterweight which is a huge weight cut for someone who is 6’5.

I bet the combination of the Yusaku being at his pure weight and the option to either KO or SUB Jose will eventually get to the 6’5 striker and he’ll find a finish. Let’s just hope he doesn’t grab the fence again.

Get Capper Penguin's latest picks straight to your inbox! 🐧
SUBSCRIBE TODAY
By subscribing you agree to our T&Cs & Privacy Policy and are happy to receive marketing from FlashPicks. 21+

Hot Take (and I said this last year): Tony Pollard is better than Ezekiel Elliot now.Tony Pollard covered this line with flying colors last game with 98 total yards vs. a much bett......