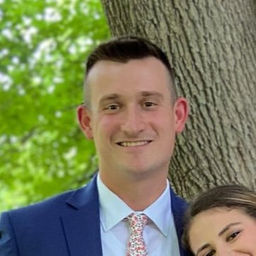 The WNBA betting market is one that has garnered more of my attention, particularly with NHL and NBA over with. As with any new market, finding reliable data is a cornerstone of any betting pick. Luckily for us, the WNBA has a trove of advanced data for all 12 of their teams, which has made wading down this new betting path far less intimidating.

I’ve tested out both spread picks and prop plays on apps like PrizePicks and have found success betting ATS. Most books have the standard bets for spreads, totals and moneylines, so you should be able to find today’s pick on whichever book you use.

The headlining game of the day is between Connecticut (13-6) and Chicago (13-5), the two top teams in the Eastern Conference. The action curiously tips off at noon EST, so if you agree with the logic deployed below, you’ll want to hop on board sooner rather than later.

I’m rolling with Connecticut to cover the +3, I was expecting closer to a pick ‘em today given how close these teams are.

When looking at net-ratings, Chicago is ranked second from the past ten games while Connecticut slots in at third. In just the past five games, the Sky top the WNBA in net-rating and the Sun are right behind them at No. 2.

So why opt for Connecticut? It’s clear these teams are close in quality, but a look into their strengths and weaknesses has me thinking the Sun keep this game close or win outright.

Points in the Paint

I’ve found points in the paint (PITP) metrics to be a solid predictor of how a matchup will go. Chicago is quite intertwined with PITP, they both rely on avenues in close to do their own scoring, and they’ve struggled to stop opponents from getting buckets inside.

As mentioned, the Sky do well in the paint when on offense, but I’m seeing a potential reliance that could be derailed this afternoon. Connecticut has stifled PITP of late, particularly the past five games, allowing the third-fewest PITP per game.

The Sun’s biggest defensive weakness in their past few games has been their perimeter defense. Luckily for Connecticut, Chicago doesn’t score much from deep. Chicago averages the fourth-fewest percent of points from threes in their past ten games.

A deeper look at these teams advanced ratings

As we mentioned above, Chicago is above Connecticut when you look at recent net-ratings, but this is worth more of a look.

Chicago’s place among the league’s best is powered by an elite offense; they own the top offensive rating in the past ten games and the second-highest from the last five.

I say this not to take away from the Sky, but it’s worth noting that the Sun are not that far behind from an offensive standpoint.

Where Connecticut has a demonstrative edge is on the defensive end of the ball. Connecticut owns one of the best defenses in the league, with elite play powering their past five games. The defensive disparity between these two teams is stark in this recent stretch: CON (93.8) vs CHI (101.2).

While the Sky’s offense may give them a slight edge overall, it isn’t a 3-point edge, which is why we’ve settled on the spread in this one.I’m betting Connecticut to cover the +3*, available on DraftKings at -110 at the time of writing.

Capper Penguin is ready to build some bankroll on today’s NBA slate ahead of Championship Sunday! ......

NFL News
an hour ago